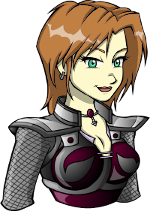 Up to the time of the formation of the Council of Ancients, the Humans had lived under rule by royalty, as far back as history records. Humans have quite a broad range of talents and have been a strong leading voice in the politics of the world. They've aided the world with their expertise and abundance of agricultural resources. 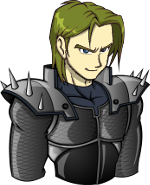 The Humans were responsible for some of the most brutal crimes in all of Drakor. With the war on the Elves and the senseless murder amongst their own kind, few other races can live up to the bloody past the Humans have. They've mostly overcome their own problems and have moved on from the barbaric race they used to be.

Humans are mostly located in the south-eastern tip of Drakor, having laid sole claim to that territory after their expulsion of the Elves. However they are one of the most widespread races in all of Drakor. Human settlements can be found almost anywhere you travel.

The Humans top the population chart by a fair margin. 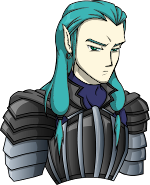 Elves are by far the wisest of all the races. Aside from their involvement in the Rheonic wars with the Humans their history has also been the most peaceful of all the races. The Elves are known for keeping vast libraries of knowledge about anything and everything in the world of Drakor. 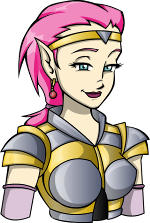 Elves are taller and thinner than their human counterparts, also having a slightly higher average life span. Elven culture is very diverse and they have a rich history. After having been driven to the south-western tip of Drakor by the Humans, they built cities that are among some of the most breath taking sights one will ever see. The Elves have been governed by the Council of Elders for all of time and it was this very structure that the Council of Ancients was based upon.

The Elves hold the second highest population rank in Drakor. 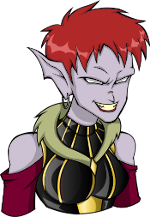 Goblins are a tribal race. Not much is known about them other than that. They were only discovered late in history, having remained hidden deep within the jungle like forests of north-western Drakor. They live in small cities built high up in the trees. They can be vicious creatures when provoked but are most known for their medicines and other potion making abilities.

The existence of the Goblin race was uncovered after the Elves were forced out of their homes during the Rheonic Wars. Since then their appearance in public is becoming more and more common. Very few people have actually been granted permission to venture into their jungle home. They are but one of Drakor's many mysteries. 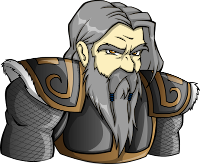 The Dwarves are a simple people. Throughout all that Drakor has seen the Dwarves have remained impartial. Living deep beneath the mountains of Drakor they spend their time toiling away at various endeavours. Short but stout and pure of heart, there is no creature in Drakor as loyal as a Dwarf. 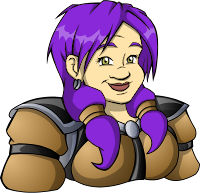 The Dwarves have no ruling structure in place. They live as a community, under the various mountain ranges in northern Drakor, working for the benefit of their-selves and their fellow dwarves. They rarely use any form of currency, mostly dealing in trade. Mining is one of the major aspects of Dwarven life. It's their hard work that provides the other races of Drakor with much needed ores and minerals. They trade these valuable materials with the other races for food and other supplies that they cannot produce themselves in their underground habitat.

The Dwarves hold the third spot in the population rankings of Drakor. 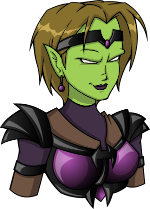 The Trolls are quite barbaric in appearance, standing an average of 7 feet tall and weighing in at an average of 300lbs. The Trolls have a fairly quiet history however. Trolls make some of the most formidable warriors yet as a race they have seen less bloodshed than either the Humans or the Elves. 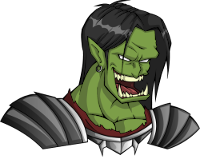 Their peaceful history is marred by a period of slavery to the Humans during the Rheonic wars. The sheer number of the Human population is what kept them from retaining their freedom through force. They were removed from the slave trade during the creation of the Council of Elders, where they were given equal status amongst the races.

The Trolls are very much like the Dwarves in mainly keeping to their own affairs. It's not often you see a Troll outside his homeland in the north-eastern section of Drakor. They tend to stay close to homes, some in the forests and others in the caves along the coast.

The Trolls number the fewest amongst the race population of Drakor.