General Updates
- April Fools : I hope everyone enjoyed the April Fools this year. It included a treat for everyone who gets fooled today as well :) so make sure to click the link.
- Moved Drakor to only allow HTTPS connections. This also fixes an issue with the Drakor Store (not being able to purchase features/pets/etc)
Added: Unlocking Treasure Hunting Chests now have a chance to drop [Customize Token]s
Added: another Dec/Jan secondary prize has been created and added to the store. Pet Raccoon 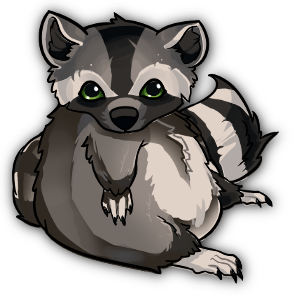 April 4, 2017
Added: Chat spamming filter added in, chat will now not allow you to repeatedly spam chat messages in quick succession.
April 6, 2017
Added: New "How many own this?" column in the manual > Full Player Title Listing page. It helps show which titles are rare or not owned by any players.
April 9, 2017
New: a "Combat Drops" feature has been added into the game for the new event (sorry forgot to upload it yesterday). This feature will be used in other ways in the future.

General Updates
- Added [Customize Token]s into the game. You can use these to name your gear and change the look and feel of gear (More uses coming soon)
- Added ability to customize items: click on items, if they can be customized; you will see a new Customize button attached to the Item (can only be customized with [Customize Token]s)
- EP Vendor Items will now stay longer than the event end-date (usually a few days after the holiday end date)
- Added a Pet Filter to the Pets page, click on the buff type you wish to filter to quickly find pets with certain buffs
- Added Barometz Pet to the Drakor Store (Chosen by Sprocket from Dec/Jan Promo)

Fixed Bug: Fixed HTTPS links that are pasted into chat (Drakor Store, and others)

General Updates
- ALL Event Items are now account bound. You can not sell them on the market, trade them with other players or add them to your guild bank anymore. This is to help balance out World Events.
- Any Items that are currently in a guild bank, can be removed. But not added back in.
- I've added in a feature to be able to spawn special trade or combat nodes throughout the world that are specific to holidays.
- I'm processing the Auto Sell for the Valentine's Day Event (forgot to do it after that event ended)

Fixed Bug: Fixed the Text Alignment for the Online Listing, it was centered by accident.
Fixed Bug: You were able to see the holiday treasure hunting node from the Valentine's Day Event, this doesn't display anymore.
March 14, 2017
Fixed Bug: Clicking on forum replies in chat now scrolls down to the specific post.
March 22, 2017
Fixed Bug: Now when using Treasure Elixirs it doesn't display the disabled holiday TH from other events.
Fixed Bug: 4th TH Node for current Winter Cleanup wasn't showing the level range selector.
Fixed Bug: Elixirs now don't display "not active" locations of TH nodes on the World Map or Mini Map (only active nodes)
Fixed Bug: View World Map now opens in the overlay and not the blank page without the X button to close it.
Fixed Bug: Fixed display styling for locked areas.
March 27, 2017
New: Added a "Premium Items" category, items like [Drakor Store Token]s, [Pet Naming Token]s, [Dire Wolf Token], [Customize Token] and more are all going to be listed under "Premium Items" section in the Player Market/Trade Inventory/etc now. They are no longer linked to a Tradeskill.

New Overlay Updates
- Fixed issue when opening materials in the overlay (it will now enable scrolling instead of cropping the tool tip)
- Disabled clicking outside of the overlay content, you now need to actually click the X button to close. This fixes an issue where clicking on the scroll bar was closing the overlay. (also removes the old issue with people miss-clicking outside of the content area and losing a long forum post or in-game mail)
- On mobile I believe you can swipe up to close the window as well.

Offline Workers
- When you pickup an order from an offline worker, you have a button to re-hire that worker for the same amount of hours and the type of material.

General Updates
- Preparing for a revamp of the game for mobile optimization, I've integrated a new popup overlay system. let me know if you have any issues with it.
- Added a max width size to the new overlay system.
- The Chat box now grows to fill the empty space below it (and matches the size of the left side of the screen, maxes out at 1,000 pixels high, let me know if players would like this increased)
- Chat Box doesn't auto-scroll you down the screen anymore when scrolling on long pages.
- Forums now if you click on the Thread "URL" it will auto-highlight and copy to your clipboard (and say "Copied to Clipboard")

NPC Vendor
- New formula for selling trade materials to the NPC vendor, will see an increase of approx 25% to 40% across the board for ALL trade materials, depending on their level range and quality of the item. (common, superior, rare, etc..)
- Nails and other items that create more than 1 per pattern combine. Have been nerfed within their NPC sell formula.
- Any Pattern that creates more than 1 output item, will have their value scaled accordingly with their base output value. So if a pattern creates [Some Item] x4 the sell value of that item will be baseValue / (combineNum / 2 )

Valentine's Event: Candy Factory Disaster
- A new world event has started... A disaster of huge magnitude, a candy factory in Drakor that produces heart candies for Valentine's day has exploded. Check out the Events Tab for more details

December - January Promotion Update
- Given out everyone's [Pet Naming Token]s
- Winners have been picked, details in the forum.

February 7, 2017
Updated: The valentine's day quest now requires items that only drop during the valentine's holiday and can be completed normally now.
Added: a 4th Treasure Hunting Node to help with the World Event drop #s. Further tweaks to World Event tasks might be needed as we get further along in the event.
February 9, 2017
Quality of Life: Now when you update a market listing to be a lower price than the current listing, you will not be charged a market fee.
Fixed Bug: when displaying the -25% Timer Global Perk buff it now displays the correct -25% in the title.
Added: Added Valentine's Event Title rewards to the Event Point Vendor
February 12, 2017
Added: Love Pug added to the EP Vendor
February 19, 2017
Oct-Nov Grand Prize Pet Selection : a Kitten has been given out to all players who met the criteria from the Oct-Nov promo (Also added it to the Drakor Store)
Fixed Bug: One of the removed voting sites was still showing up for new players that had 0 votes towards that site.
Added: Placed the Inmate title for purchase within the Drakor Store

General Updates
QoL - Now when displaying an enchant it will do a direct comparison with the one you have equipped. (on your related equipment item)
Promo Reward - "Dragon Rider" title has been created and given out to everyone who spent $19+ in the Oct-Nov promo period.
QoL - Now when hunting for creatures the Browser Title says you are searching for creatures and changes to creature found when you find one.

January 30, 2016
Removed: Got rid of the first voting site, it seems like it either got hacked (now has tons of malware/malicious code) or they gave it up. If anyone has other voting sites they would like me to add. please in-game mail me.
February 1, 2016
QoL - When a World Event is active and not completed the Event Button will now show up highlighted in Green.

Browser Tab Title: Quick Info
- Now when working tradeskills you will see the node % remaining in the title, which trade you are working, progress countdown, etc.
- Also added in (X rem) for remaining pattern combines as well
- This update needs a refresh

Fixed Bug: Fixed issue with screen readers not being able to "Learn Tradeskills"

January 22, 2016
- Updated the Browser Tab data to be "(X% rem) [Buff] Tradeskill Xs" format. It also only updates every second now instead of multiple times per second.
- Ran the Auto-sell tool for all of the Winter Holiday Event items (Dec-Jan), you will have an in-game mail with the details of how much gold you received if you had any event items that were sold. Guilds show their sales in the guild activity listing.
- Global Perks now opens in an overlay window instead of a small popup.
January 23, 2016
- Patterns that now create "Tradeskill Materials" will now display a clickable link of what the pattern "creates" so you can see what patterns it's used in.
Fixed Bug: Now opening the Global Perks page won't "reset" timers.
Fixed Bug: The online listing now cuts the action off if it's too long (you can mouse over it to see full action) so it doesn't cut the last active times off to the right.

One Inventory to Rule them All
- I have combined your equipment and trade inventory slots together.
- No more need to allocate empty slots back and forth between trade or equipment.
- The system now will use your empty slots with whatever tasks you are doing (patterns, combat, etc.)

Fixed Bug: Purchasing on the World Market was causing a brief bug, it has been fixed.

January 14, 2017
New: Now when viewing Trade Materials it displays if the item is an EVENT ITEM and NO AUTO SELL tags as well if it's used in World Event Tasks.
Note: NO AUTO SELL means it will not be auto-sold by the system when the Holiday Event Start and End date are completed. (I'm still working on tagging all of the items that won't be auto sold)

January 17, 2017
New: Added new page (Holidays & Event Item List) to the Manual. Gives full details of all of the current Drakor Holidays (Start and End Dates) and also the Full Event Item Listings with information on all Event Items.