Updated Leaderboards / Exp Gains
- Now when a player is Level Capped, exp is still given to guild exp and a player specific "total exp" field, for the related trade or combat.
- Leaderboards are now ordered by Level, Total Exp.
- Levels are still capped but now if you want to continue working your total exp to stay on top of the leaderboards. you can.
- Increased Leaderboard listings to 150 up from 100.
- I've generated how much total exp all players would have in trades / combat.
- You can see players "total exp" by mousing over their trade/combat level in the Leaderboard listing or mouse over the exp of any tradeskill in an armory profile.
Fixed Bug - Now when working a capped collection or pattern trade, you will see the total exp you gain instead of not seeing any exp.

Global Perks
- All Perk costs have been slightly reduced.
- Perk length has been increased to allow 1, 2 and 3 hr Global Perks now.
- Changed "Remaining Time" on a buff to display in green instead of red.
- Updated the Countdown Timers for Buffs / Global Perks to be much more specific. "X hrs X mins" and "X mins X s"..etc.

March 27, 2016
New - The Drakor Store now greys out the items from the store you have already purchased, and doesn't allow you to try to purchase it again.
April 2, 2016
New - Now you can link items to chat directly from the creation page while working Trades.

Toolbelts Part 2:
Fixed Bug: Now you can view other players Tool Belts through the Armory (instead of it just displaying your own)
New: Added the level at the end of each tool that is displayed in your tool belt.
New: enlarged the tool belt display box so tools didn't wrap over 2 lines.

Tool Belts are Released
- All Players now have a Tool Belt.
- Tool belts can hold 1 tool of each trade skill that you have "learned"
- Basic Tools are always equipped by default in your tool belt, Basic Tools as an "Item in your inventory" have been removed from the game, NPC Vendor, etc. They are not longer needed in the new system.
- Player Equipment layout has been tweaked some. Now you will see the Tool Belt in-between your chest item and legs. Click to see a listing of all equipped Tools.
- Once a Player now "Learns" a trade, they can instantly start working on the trade.
- No longer will players need to "Swap" in and out tools to work different trades. The system uses the relevant tool by default.

Trade Materials: Total Sold on Market & Avg Price
- Now when you click on a trade material to display it's details. If it has a record of # sold on market and avg price /each. It will now display on that detail listing at the top of the screen. This will help players set their prices more according to the avg sale price of the market.
- Average Price = average sale price of the item in the market. this is not an average listing price. it's actual sales only. When you purchase from yourself it doesn't get added to this price.

First Mount has been released! (Picked by Manaburns in Dec-Jan Promo)
- Added Mount code into the game. your "Active" mounts travel speed buff will be present 100% of the time when the mount is active. 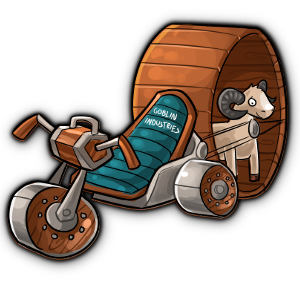 February 28, 2016
- Added new Barn Owl pet to the Drakor Store. This pet was chosen by Promo Winner Si the Sly in the last promo (Dec-Jan).

DRAW DETAILS: Every $39 USD spent between February 1st - March 31st, 2016 will get you one ballot in the draw.
➤ First Ballot Drawn Gets to chooose a Mount AND Pet to be designed into the game.
➤ 2nd Ballot Drawn will win 400 tokens or a custom pet (Winner gets the pet only, it will be added to the store).
➤ 3rd Ballot Drawn will select the Player Title to be given out to Everyone who qualifies.

Drakor Player Market
- Started saving data on # trade materials sold and the average price of each material, this will be displayed in the near future.
- You can now sell to npc and edit current market listings if you have multiple of the same type of trade material in the market
- This update requires a refresh.

January 25, 2016
- Changed First Set teleports to show the destination in the item name rather than "First Set". Will appear on all newly crafted First Set Random teleports.
January 27, 2016
Fixed Bug: Now Timer Reduction Tools will work correct on Guild Nodes when the guild node range is set inside or equal to the tool range.
January 28, 2016
HTTPS : Drakor is now also available through SSL (https://www.drakor.com) if you are security minded. The store and purchases all go through SSL connections since the stores launch.
February 1, 2016
- Inventory Slots > Trade Slots - now when allocating free slots you can go down to a minimum of 3 instead of 6 in either trade or equipment inventory.

Drakor Store / Player Titles
- Now you can select which Player Title you want to purchase from a drop down. No more random generating.
- Adding some new titles to the Drakor Store

General Updates
- Now any quality Durability Scroll that drops from combat is player tradeable until it's used.
- When New Players join the Event Chat Channel will now be enabled by default.
- Changed "Total Gold in Game" to "Total Active Gold in Game". showing gold totals for players who have been active in last 3 months.
- Added Weekly gold spent on Offline Workers and Tinkering to the Game Stats page.
- Now some pages will load into the main page body if you are not logged in. Release history, Features, Leaderboards, etc. Allows for better Search Engine Optimization. Once logged in those pages will load in the overlay as usual.

January 19, 2016
Fixed Bug: you can no longer refill durability on Drimly Teleports with Durability Scrolls/Runes.
Drakor Store: Discounted all packages in the store by 20%, lowered promo thresholds and changed store over to USD currency.
January 23, 2016
Forums: Added topic URL/link to top of each forum topic for easy copy / paste into chat to link forum topics.

Arena Update
- Set a maximum of 10 battles that can be unfinished/pending at a time. This was never meant to be used to queue up a mass amount of battles to maximize the Global Perk buffs ie> DR.
- Tweaked the Easy, Medium, Hard, Elite Ranges for Opponent Ratings.
Fixed Bug: where you could get higher than your max durability on an item when pending up a mass amount of battles and then fixing the item with a scroll.

Combat Tweak
- Combat Opponents generation has been tweaked. Stat Points will be used more strategically for Medium to Elite battles. You will also find Med to Elite battles now generate their Equip Rating and Battle Strategy Rating a bit differently. This is to minimize the players able to fight battles without using any items at all.
- Added #) to the Use/Pass buttons so you know which number on the keyboard you need to press to activate each button. (needs refresh if you are online to update the combat layout)

January 9, 2016
Fixed Bug: Now the Player-2-Player trading system will not require an empty trade slot to get trade materials you already have in your inventory.

January 10, 2016
Fixed Bug: When a player had a < or > in their name it would cause a display bug.
Fixed Bug: Certain scenarios when equipping battle strategy items with the confirm/success pages disabled it would automatically go back to the inventory not allowing you to equip the new item until you enable the confirm/success pages.
Combat/Arena - Tweaked Combat Equipment/Strategy Ranges down a bit for Medium/Hard battles.
Drakor Store - Added option to purchase 5 Extra World Bank Slots and also 5 Extra Guild Slots for bulk purchases.

January 11, 2016
Fixed Bug: Fixed another bug around Player-2-Player trading. The inventory checks should work correctly for both players now.
General Update: Guild and Main Forums now show 15 threads per page, up from 10 also streamlined them to take up less screen space.